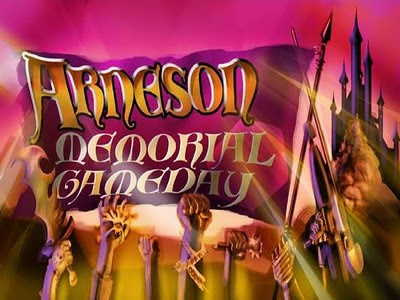 Posted by Michael Curtis at 9:49 AM 2 comments:

Brother, Can You Spare a Shield?

I’m currently sorting through my old minis to determine what needs to be stripped and repainted and what needs to be culled completely. Amongst them, I found one knight who is missing his shield. I’m not sure who produced Sir Aegisless the Exposed, but he obviously hails from the period in the mid 1980s when mini companies decided to mold their figures separately and include plastic shields to attach to a boss on the miniatures’ arms. I’ve looked online to find a replacement, but truth be told, I just need a single shield and not an entire sprue of them. Does anyone have a spare they’d be willing to pop in an envelope and mail my way? I could probably rig a replacement from a washer and some green stuff, but I thought I see if anyone has some extras lying in the bottom of their mini box first.

Here’s Sir Aegisless so you know what I’m talking about: 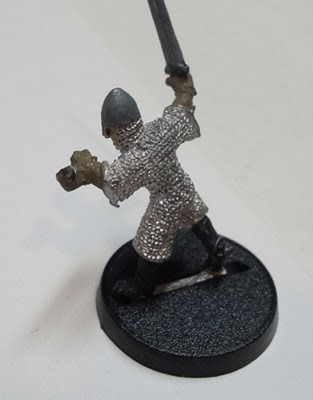 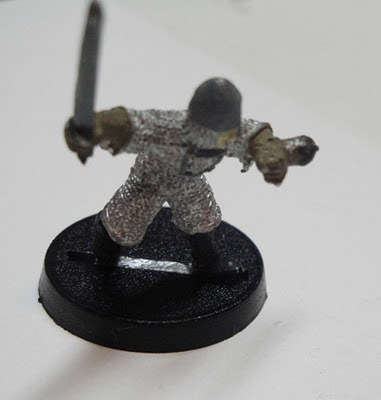 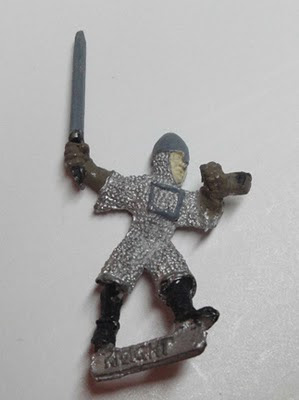 As much as Stonehell Dungeon has become a commercial venture, at its heart it remains my own personal dungeon and that means I oftentimes add things to it merely to please myself. Take the following:

It is not widely known that deep in the belly of Stonehell Dungeon stands a certain cave mouth. It is not a particularly interesting cave opening. It is rather narrow, no more than a cleft in the rock face in which it stands. Many adventuring bands have passed it by without a second glance.

Of the handful that have entered it, none have traversed its entire length. The cave is merely the mouth of a long, long, sinuous tunnel that seems to stretch for miles. One brave soul who ventured farther than any other reportedly encountered the tunnel’s guardian: a portly, faceless demon dressed in nondescript robes and bearing a number of glowing, green eyes in its otherwise featureless hood. He fled before the guardian could challenge him.

Although none have passed through the tunnel from Stonehell, there is a tale that says two persons once emerged from the cave, obviously arriving from whatever strange lands lay at the opposite end. The peculiar, mismatched duo became involved in several convoluted schemes in the cities of Ilrahtyr and Xultvar before eventually vanishing from sight. Some believe they returned to the weird lands that birthed them; others proclaim they set sail on the Western Sea and have never been sighted since. Perhaps one day the two will again be encountered in Stonehell by those who probe the dungeon’s deepest mysteries… 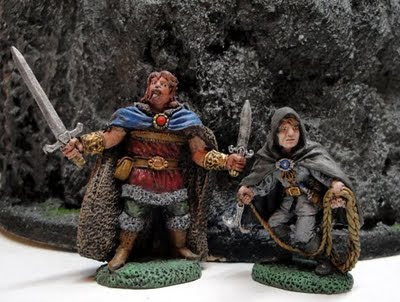 Fritz Leiber's tale, "The Adept's Gambit," is a blessing to we referees who love his work and want to include a taste of Nehwon without necessarily setting our campaigns there. Thanks to the magic of Nin's cave, the Twain can show up for guest apperances just about anywhere. I've long had the idea to have Fafrhd and Mouser visit R'Nis, staying just long enough for the PCs to get involved in whatever scheme the two are planning (or perhaps rescuing the Twain from their own ill luck). With that idea in mind, I picked up an appropriate set of minis for the Boys from Lankhmar. Recently, I finally got around to painting them 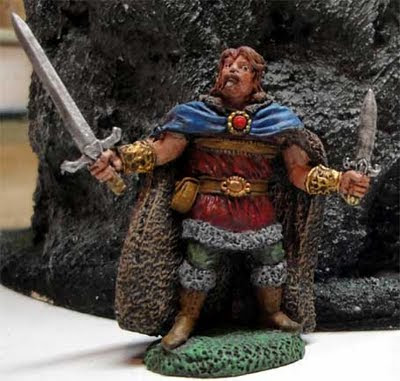 The Fafhrd figure is Reaper's Fafnir Of Kjord. You must admit the likeness is uncanny. 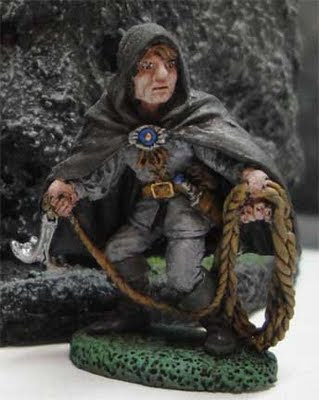 My Gray Mouser is also a Reaper figure, Kurff The Swift. The match isn't perfect, but it's close enough for my purposes. The gray paint job and crouched stance help maintain the illusion.
Posted by Michael Curtis at 2:57 AM 5 comments:

I'd like to draw your attention to this thread over at the Goodman Games website forum. Since Joseph Goodman included it in the thread, I offer you the following without commentary. Look for more info to emerge in the weeks ahead. 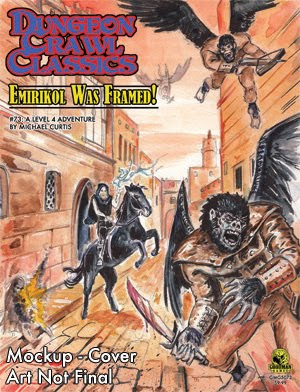 This is a reminder that for the month of September, the following codes will save you some cash at my Lulu storefront. I’m keeping an eye out for Zazzle discounts for September and will post them when they become available for those interested in picking up Stonehell Tees.

Posted by Michael Curtis at 3:34 PM No comments: